7 (499) 288-24-23
Blog
The story of Nina Kacharovskaya, one of Tumanyan.Online's students
The story of one of our students, Nina Kacharovskaya, is impressive. Living in Tyumen and having neither family ties nor roots in Armenia, he falls in love with the Armenian language and culture and decides to learn Armenian. Vardges Petrosyan has a beautiful story in his book "Armenian Sketches", which tells about Nina.
A newspaper published in Los Angeles is sending a part of its circulation to people for free. And one day the editor receives a letter from a compatriot. "How many times do we have to send your newspaper back?" Wouldn't you understand? we didn't want to read in Armenian." The letter was written in Armenian.
Not "we can't read", but "we didn't want to read". Already in Yerevan, sadly recalling Nina Kacharovskaya's three letters.
At the beginning of his first letter, a few lines were in Armenian. His native alphabet had never moved me. the letters seem to have been painted rather than written. There wasn't a single typo, but the syntax made me cry. one could immediately guess that the writer does not know living Armenian. In the continuation, already in Russian, Nina wrote: "It's very difficult for me to write in Armenian, so I'm sorry if there are many mistakes, but I definitely wanted to say a few words in your native language...
It all started when "Vardanank" accidentally fell into my hands years ago. The book was very interesting, but the geographical names were long and incomprehensible. I read the historical map of Armenia, but... It was Armenian.
Fortunately, there are Armenians living in Tyumen. They wrote your alphabet for me, explained how to read the letters. An uncontrollable desire arose to say something in Armenian. The first was Nalbandyan's "Freedom", then Charents...
Then I saw Yerevan... In those days, I heard only Armenian around me and I dreamed of really learning your language... I won't boast that I know a lot about Armenia, but even what I knew and saw was separate information. .
"Armenian Sketches" combined all that into a whole. I saw my Armenia. Excuse me, maybe I don't have the right to call Armenia "mine", and yet, Armenia is not only yours, it is also mine to some extent. No, I have never lived in Armenia, there are no Armenians among my relatives, and my profession is not related to the history of your people (I am a mathematician, I work in the field of electronic calculators). For me, the most precious river in the world is the Volga, the most heartfelt songs are Russian songs, but Armenia, its history and language are also dear to me."
A stranger writes to me Armenia is not only yours, and I am happy with that sentence, the warm words of thanks that I would like to say to an unknown Russian girl tighten in my throat. Yes, dear Nina, Armenia is also yours, and I strongly believe in those words, because the most precious river for you in the world is the Volga, the most heartfelt songs are Russian songs.
You have been to Yerevan and you know that your homeland is also my Russia, because the filial love you have for your own people is not a roadblock, a dead end to another people, but a rainbow, a bridge, a difficult but noble and ennobling mountain road. People cannot live without each other, and nations cannot live without each other. But loving is easier than knowing. Knowing that you love Armenia, and I believe in that love.
In the second letter, Nina wrote that their electronic calculator already "speaks" also... Armenian. Along with his letter, he sent the perfozhapaveni. "Understood?" Here are a few lines from "Armenian Sketches". I made no program and now the machine can write the text you want... in Armenian."
Is it possible to just read and pass these words? Incredibly far away, a Russian girl living on the shores of the Arctic Ocean is so inspired by Armenia...
And what Nina wrote in her last letter does not fit into any familiar framework of human emotion. "On April 24," he writes, "I went to the riverbank with a bunch of flowers." I like to look at the waves of the river, especially when I want to be alone and think. I came to the river, and the ice melt had already started. On April 24. I was looking at the moving ice and trying to imagine another human river, which at that very moment would be going up to Tsitsernakaberd, the monument to the victims of the Great Genocide. (Do you remember in "Sketches": "It is a human river, but above it is a high name"). I would very much like to be with you on that day to put my flowers on the stones of the monument, but... But I put my flowers on the icebergs, hoping that the flowers will reach Yerevan. Did they arrive?
Hasan, dear Nina, and I, yes, I saw with my own eyes your flowers in the northern cold near the fire of the Tsitsernakaberd monument, intertwined with Yerevan lilies, carnations and roses, and now, straining my imagination as a writer, I want to imagine you on the banks of your native river, darkened by the sadness of my people . I want to see your light blue eyes looking at the floating icebergs that carry your flowers, I want to catch your pure, honest look and the word thank you seems like a crumpled banknote to express the gold of feeling that overwhelms me.
And at the end? Don't you miss your Armenia... Armenia misses you, its Russian girl named Nina Kacharovskaya.
Meet your future teacher and find out your level of Armenian in a trial lesson 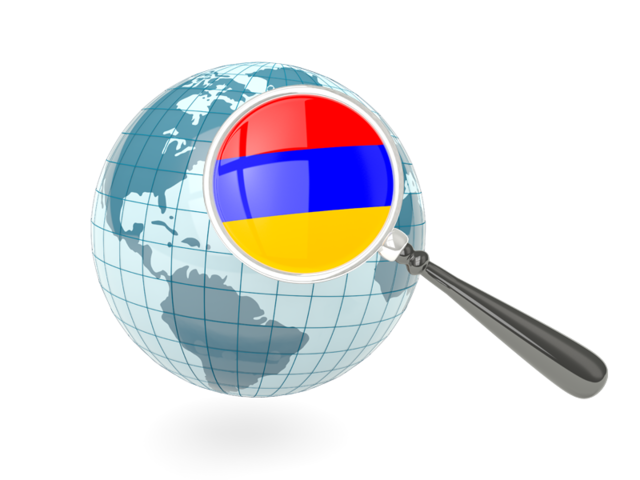